Mechanical properties of a Materials

Materials have different properties that make them suitable for different types of applications. When choosing a material for a particular application, it’s important to consider a range of mechanical properties to ensure that the material will be able to meet the demands of the application.

Mechanical properties of materials are the characteristics that determine how a material responds to various types of loads and environments.

These properties are critical in determining how a material will perform in different applications, and are often considered when selecting a material for a specific application.

Here are the 10 most important mechanical properties of materials with their units:

The tensile strength of a material is a measure of its ability to withstand a pulling force (The amount of stress a material can withstand before breaking). It is typically measured in pounds per square inch (psi) or Mega Pascals (MPa).

The tensile strength of a material is determined by applying a tensile load to a test specimen and measuring the maximum load the specimen can withstand before breaking using a Tensile Test.

Tensile testing is carried out as per ASTM A370 Standard.

The amount of stress a material can withstand before it starts to permanently deform (Change from elastic behavior to plastic behavior).

The yield strength of a material is the point at which a material begins to deform plastically (i.e., permanently) when a load is applied.

It is typically measured in pounds per square inch (psi) or Mega Pascals (MPa). This property is important in applications where a material needs to maintain a specific shape under load.

The modulus of elasticity, also known as the Young’s modulus, is a measure of a material’s ability to withstand a load without deforming permanently.

It is typically measured in pounds per square inch (psi) or Giga Pascals (GPa). The modulus of elasticity is an important property in determining the deflection of a structure under load.

The hardness of a material is a measure of its resistance to surface deformation. It can be determined using a variety of test methods, such as Rockwell, Brinell, or Vickers.

Read more: What is Hardness Testing & its Types?

Here is a list of some commonly used engineering materials and their approximate densities:

The impact strength of a material is a measure of its ability to withstand a sudden impact or shock load. It can be determined using a variety of test methods, such as Izod or Charpy impact testing. The units of impact strength depend on the testing method used.

The toughness of a material is a measure of its ability to absorb energy before breaking. It can be determined by measuring the area under the stress-strain curve. The units of toughness are typically units of energy, such as joules (J).

It is a measure of the material’s resistance to fracture, and it is an important factor in determining the suitability of a material for certain applications. A tough material can withstand significant loads and impacts before breaking, whereas a brittle material will break with relatively little deformation.

For brittle materials, like ceramics, the Izod Impact test is commonly used, this test measures the amount of energy that a material can absorb before breaking under a pendulum-like impact.

The fatigue strength of a material is a measure of its ability to withstand cyclic loading without failing.

It is typically measured in pounds per square inch (psi) or Mega Pascals (MPa). Fatigue strength is an important property in applications where a material will be subject to repeated loading over time.

Elongation is the measure of the change in length of a material due to the applied load as a percentage of the original length of the material. This is a measure of how much a material can stretch before breaking and is important in determining the flexibility of a material.

Elongation is a measure of a material’s ability to stretch or extend under an applied load. It is a mechanical property that is used to describe the ductility of a material, which is the amount of deformation that a material can undergo before breaking. Elongation is typically measured as a percentage of the original length of the material, and it is calculated by dividing the amount of deformation by the original length of the material.

The most common method for measuring the elongation of a material is the tensile test. In this test, a sample of the material is stretched until it breaks under a tensile load, and the amount of deformation is measured at various points during the test.

The test provides data about the material’s behavior under the loading, for instance, it provides the stress-strain curve, and the maximum elongation (or strain) that a material can withstand before breaking is known as the ultimate elongation.

Creep is the rate at which a material changes shape over time when under a constant load. It is typically measured as a strain (deformation) over time, and is often reported as a percentage of the original length of the material.

Creep is an important property in applications where a material will be subject to a constant load over an extended period of time. The unit for this will be ratio (time/length).

Creep is the gradual deformation of a material over time under a constant load or at a constant temperature. It is a time-dependent deformation and is a phenomenon that affects many materials, including metals, ceramics, and polymers. Creep is a concern in materials that are subjected to long-term loads, as it can lead to failure or decreased performance over time.

The rate of creep depends on the material’s properties, such as the chemical composition, microstructure, and mechanical properties, as well as the temperature, loading conditions, and the duration of the load.

The behavior of creep can be divided into three stages: primary, secondary, and tertiary creep. In the primary creep stage, the deformation rate is high, then it decreases and stabilizes in the secondary stage, until it increases again in the tertiary stage, leading to the failure of the material.

Ductility is a measure of a material’s ability to deform plastically (i.e., permanently) without breaking. It is typically measured as a percentage of the material’s elongation or reduction in area before breaking.

Ductility of the material can be verified using a Bend test. Both ductility and bend test are closely related and are used to determine a material’s ability to withstand deformation and plasticity.

In general, materials can be classified into two categories based on their elastic behavior: elastic and plastic. Elastic materials will return to their original shape when the force is removed, whereas plastic materials will not. Most materials are elastic to some degree, and the degree of elasticity can be quantified using a material’s elastic modulus.

Young’s modulus is the most commonly used elastic modulus, and it measures the ability of a material to withstand changes in length when under tension or compression. It is calculated as the ratio of longitudinal stress to longitudinal strain.

Shear modulus, also called modulus of rigidity, measures a material’s resistance to shear stress, which occurs when a material is subjected to forces that act parallel to its cross-sectional area.

It’s important to notice that there’s a limit for the amount of stress that a material can handle before it will undergo permanent deformation, this is known as yield strength or breaking strength.

Plastic behavior can be seen in different types of loading, tension, compression, torsion, and shearing. These behaviors can be modeled and predicted mathematically by using the plasticity theory, which is the branch of continuum mechanics that deals with the behavior of materials that exhibit both elastic and plastic behavior.

Resilience is a mechanical property of materials that refers to the ability of a material to absorb energy when it is deformed and then to release that energy when the deformation is removed. Specifically, resilience is the energy that a material can absorb per unit volume before it reaches its elastic limit and begins to undergo plastic deformation. It is a measure of how much energy a material can absorb before it begins to break or become permanently deformed.

The modulus of resilience can be used to predict the behavior of a material when it is subjected to a dynamic loading, such as an impact or a vibration. A material with a high modulus of resilience will be able to absorb more energy before it becomes permanently deformed or damaged, and will be able to return to its original shape more quickly after the deformation is removed.

Resilience is closely related to the toughness and strength of the material, but it is not the same as those properties. Toughness is a material’s resistance to fracture, including both elastic and plastic deformation. While strength refers to a material’s ability to withstand an applied force without breaking or deforming permanently. Resilience specifically refers to the ability of a material to absorb and release energy.

Also, it is important to note that the resilience of a material is affected by temperature, with the energy absorbing capacity usually decreases as the temperature increases.

Stiffness is a measure of a material’s resistance to deformation under an applied load. It is a mechanical property that describes how well a material can maintain its shape under an external load, and it is closely related to a material’s modulus of elasticity (or elastic modulus). The stiffer a material is, the more resistant it is to deformation and bending.

In general, materials that are stiffer are stronger, but that is not always the case. A material can be stiff and brittle, meaning that it can withstand large loads, but will easily fracture under impact loads or other types of loading. Also, a material that is stiffer is also less flexible, which can be a disadvantage in some applications where flexibility is desired.

In practical terms, stiffness can have an important role in engineering designs. For example, in a structure or a machine part, using a stiffer material can result in less deformation and thus improved performance, but on the other hand, it can also increase the weight and cost of the structure.

Brittleness is a mechanical property that describes a material’s tendency to fracture or break under applied loads, without significant plastic deformation.

A brittle material is one that is prone to cracking, breaking, or shattering under stress, rather than bending, twisting, or stretching. It is usually characterized by low ductility and low toughness, which means that a brittle material can’t withstand much deformation before it breaks.

The brittleness of a material is generally related to the way its microstructure behaves under loads. Generally, brittle materials are composed of a structure that lacks in plastic deformation ability, like materials that have long-range ordered structures, or materials with a low density of defects or dislocations that can help the material to absorb energy before breaking.

Examples of brittle materials are ceramics and glasses, they are strong under compressive loads but are weak under tensile loads and tend to break or shatter rather than bend or deform.

In engineering practice, brittleness can be a significant problem in situations where a material is subjected to impact loads, dynamic loads, or thermal loads, as the material is more likely to fracture or break under these conditions. The brittleness of a material is also an important factor in determining its suitability for certain applications, and it’s often a trade-off between strength and ductility.

Weldability is a measure of how easily a material can be welded, and how well the welded joint will perform. It is a measure of the suitability of a material for welding, and it depends on several factors, including the chemical composition, microstructure, and mechanical properties of the material. 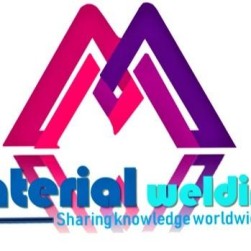